Will my donation arrive?
Your donation will be diligently managed, used and passed on to help the people on your heart. We ensure that as much of your donation as possible goes directly to its destination. However, a global organization like AVC also needs administration. Thanks to lean administration, we can keep the internal share of each donation euro low. With 11 % (based on total donations in 2019), we have a low share of internal administration costs including fundraising here.

How is AVC financed?
AVC's work is financed by voluntary donations. AVC is aware of its responsibility to use these economically and effectively. The share for administrative costs is therefore limited to the necessary minimum.

Is my donation tax deductible?
Donations to AVC can be deducted from taxes in all cantons. You can download the corresponding confirmation here. A donation receipt will be sent unsolicited at the beginning of the following year for donations over CHF 100/year.

Security of online donations
Financial transactions via our website are processed via the secure payment solution of »yellowpay« from Swiss PostFinance and meet the highest security standards. During the online connection between you and PostFinance, all data is encrypted. The identification elements and payment data cannot be viewed. Credit card transactions on avc-ch.org are certified according to international security standards.

Efficient and transparent use of taxes
AVC is committed to responsible stewardship of donations through the SEA Code of Ethics. Certified aid organizations such as AVC are regularly and comprehensively audited about the use of donated funds, information policy, effectiveness, etc. AVC's annual accounts are audited by the independent auditors HST Treuhand AG (CHE-103.337.991), in Thierachern. Ultimately, donations are also based on trust. Since 1988 AVC has been doing professional work and careful handling of donations and therefore deserves this trust!

Why is AVC not Zewo certified?
Clarifications about a Zewo certification have taken place. However, a cost-benefit calculation on the part of AVC showed that the effort and the associated costs would be too great in relation to the benefits that we would gain through a Zewo certification. However, AVC is committed to a responsible approach to donations through the SEA Code of Ethics.

How do I find out about project progress?
We regularly inform about our projects in our publication processes such as the AVC Report, the newsletter, prayer mail, or in social media. You can subscribe here.

Does AVC only support Christians?
No. At AVC, the focus is not on religion, but on the people we help - regardless of religion, origin, political persuasion, gender, social status, etc.

STAY INFORMED
Don't miss any news! Subscribe to our newsletter, to the AVCreport or to the prayermail "Beten explosiv" - all free of charge (in German or French).
subscribe here
subscribe here
DONATE NOW
Thank you for helping us help. Together, we're moving things forward.
donate
donate
DISCOVER MORE

Browse through our website and learn more about our engagements in nearly 50 countries worldwide. 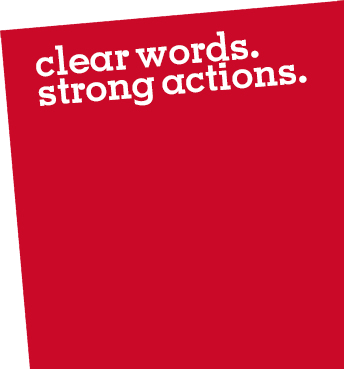